* In case of any delay in receiving the OTP, you may verify it later. Please proceed without verification.

Enter your City name or Pincode

Daundi Lohara is a small and developing city in Chhattisgarh state of India. The town comes under Daundi Lohara tehsil of Durg district. Daundi Lohara is situated 58 km towards south from Durg, the district head quarters. It is also at a distance of 92 km towards east direction from Raipur, the state capital. 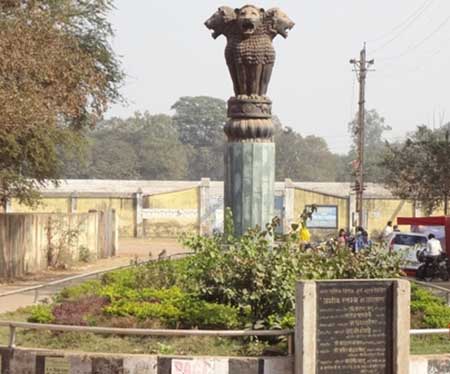 Daundi Lohara is a small city in Chhattisgarh state and people in the town mainly depend on buses and auto rickshaws for local transportation. The nearest major railway station to Daundi Lohara is Rajnandaon, which is 21.5 km away from the city. Raipur airport, which is located at a distance of 84 km, from Daundi Lohara, is the nearest airport to the city.

Being a small city, there is no big super-specialty hospitals or nursing homes in Daundi Lohara. People mainly depend on district hospital in Durg for treatment that requires admission. There is also a community health center in Daundi Lohara city that provide the service of a general physician, nurses and other staff. People get free treatment and medicines here.

As Daundi Lohara is a small city in Chhattisgarh, the service type business like event management companies, hostels, pet shops, studios, petrol pumps, packers and movers etc are very minimal here. The city has to go long to get the status of a developed city. Details of some of the essential services like post offices, courier services, bank branches etc are listed here.

Even though Daundi Lohara is not very famous as a tourist spot, there are many popular locations for pilgrim trip and city holidays near the town such as Rajnangaon, Dhamtari, Durg, Bhilai etc. As Daundi Lohara is accessible through road, rail and air ways from various corners of the country, you can easily visit here during their trip to Chhattisgarh.

Comments / Discussion Board - About Daundi Lohara